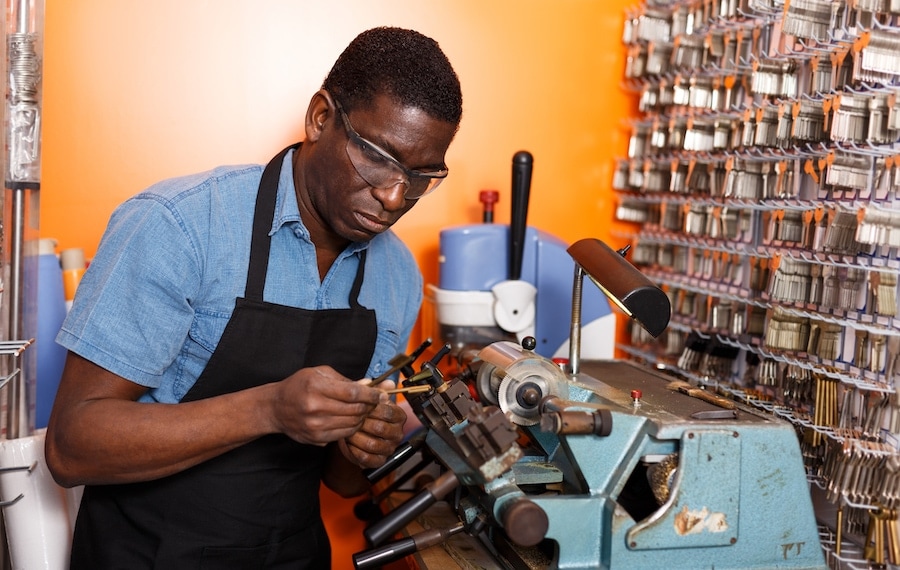 Like most professions, locksmiths have a wide and varied history with sometimes interesting stories associated with their trade. Talk with our professionals at Downs Security Solutions to learn all about the little-known services locksmiths offer as well as their own experiences as professionals here in Atlanta.

It may come as no surprise that the famous escape artist Harry Houdini was trained as a locksmith as a young man. At the age of 11, Houdini became an apprentice to a locksmith and learned the trade. This skill obviously came in handy when he later became a magician with escape stunts as his most well-known performance.

2. Evidence of Locks Date Back to Ancient Egypt

Some of the earliest evidence of locksmiths were found in ancient Egypt when locks were created to protect the great tombs in the pyramid of Giza in 2500 BC. Other archaeologists have found large, wooden locks dated around 4000 BC near Nineveh. Surprisingly, ancient locks look similar to what we still use today.

King Louis XVI of France was fascinated with locks as a child, and he became friends with François Germain, who served as the royal locksmith at the time. The king learned how to create locks as well as grew to trust Germain. During the French Revolution, the king asked his friend to build a strong lock to protect important documents. Unfortunately, Germain eventually joined the revolutionary side and led the king’s enemies to these papers that helped overthrow the kingdom.

It all began in childhood when seven-year-old Charles Courtney decided to pick a lock to get at some jam in the pantry. There was no turning back after this as Courtney grew up to become a master locksmith, specializing in opening underwater safes. Salvage companies have relied on Courtney to recover millions of dollars in lost treasures.

According to IBISWorld, a market and business-information research company, the profession of locksmith is a steady and growing industry in the US economy as well as in Georgia. Whether you’re seeking home security, business protection, safe services, auto lock work, or other locksmith services, many professionals are trained and available to help.

If you’re exploring professions yourself, consider studying the trade or learning more as an apprentice to a master locksmith. Security will always be an area where services are demanded and learning about this industry can lead to a rewarding career.

Many countries do not regulate locksmiths at all, which means there are often no government standards or regulations that must be followed. In the United States, only 15 states require licensing to become a locksmith.

What does that mean for you as a consumer? To protect yourself and ensure that you are using a reputable locksmith, you can check a few items. First, if you happen to live in a state where licenses are required, you can ask to see the locksmith’s license. If not, you can ask if the company has completed any professional certifications or other third-party verification of its services. At the very least, you can check references from other customers about the quality of services they received.

Call Us for Your Locksmith Needs

Since locksmiths are often given access to your home and most valuable possessions, you want to use a trusted, proven professional to help you install and maintain your locks, like ours at Downs Security Solutions. If you want more information about our Downs Security Solutions locksmiths, give us a call here in Atlanta, GA. Reach us at 404-873-2515 or contact us online.

Read More of Our Articles